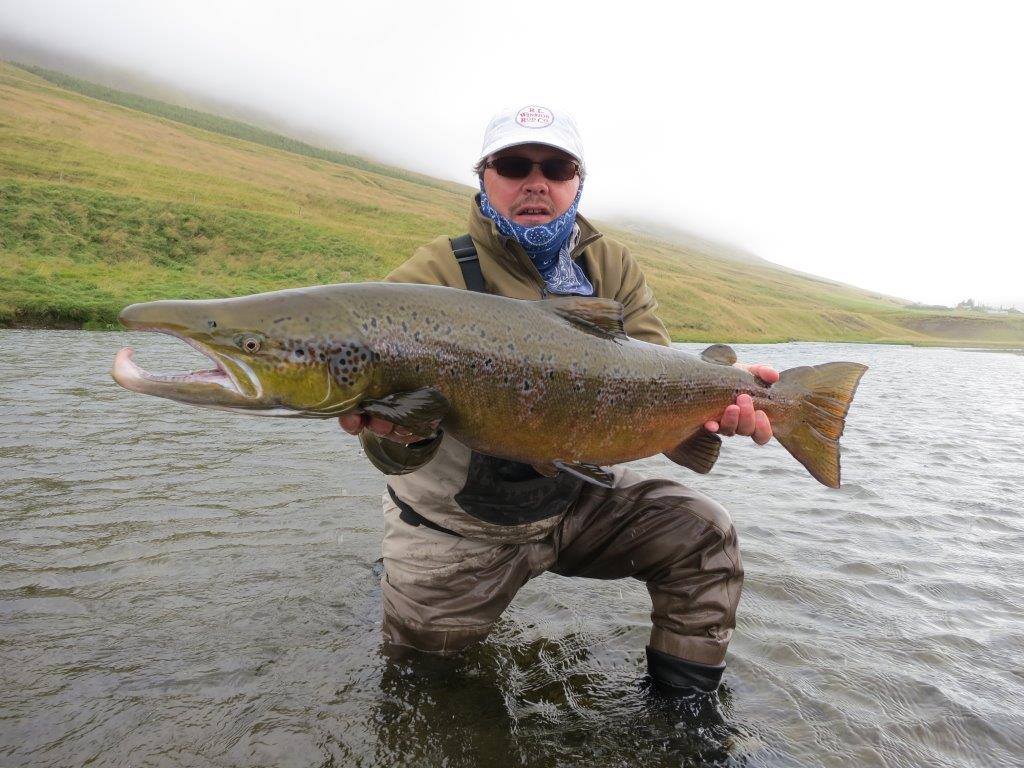 Now there are only few days remaining of the season 2014 here in Vatnsdalsa river and its time to look back over the summer and see how we did.  This summer has been different from the past 17 years that I have been here in Vatnsdalsa river.  We openned the river on the 20th of June like normally.  When we arrived we noticed that the water level of the river was high due to heavy rains in beginning of June.  Until July the rain almost didn't stop and the water level kept being high during long period.  In general this is not bad when it comes to salmon fishing and not bad for Vatnsdalsa river also, but what made it different was that Seapool, our main pool, was un-fishable for long period of time.  On the other hand the fish was spread all over the river and pools that normally dont hold many salmons started to hold number of salmons.

This year will not be remembered as a good year in many of the rivers around the island.  Still here in Vatnsdalsa we are happy with the outcome of this summer.  So far we have landed around 760 salmons, around 500 sea trouts and arctic chars which many range from 65 - 70 cm. We also predict that a similar number of trouts was released during the summer.  A total of 1260 fish landed this summer on the salmon beats is not bad at all. If we combine the whole river we predict that around 3530 fishes has been landed so far.

Its interesting to look into the numbers for the year 2014 and see how we did so I combined a few statistics from our fishing report here below.

In general we are happy and we are looking forward seeing you again in 2015.