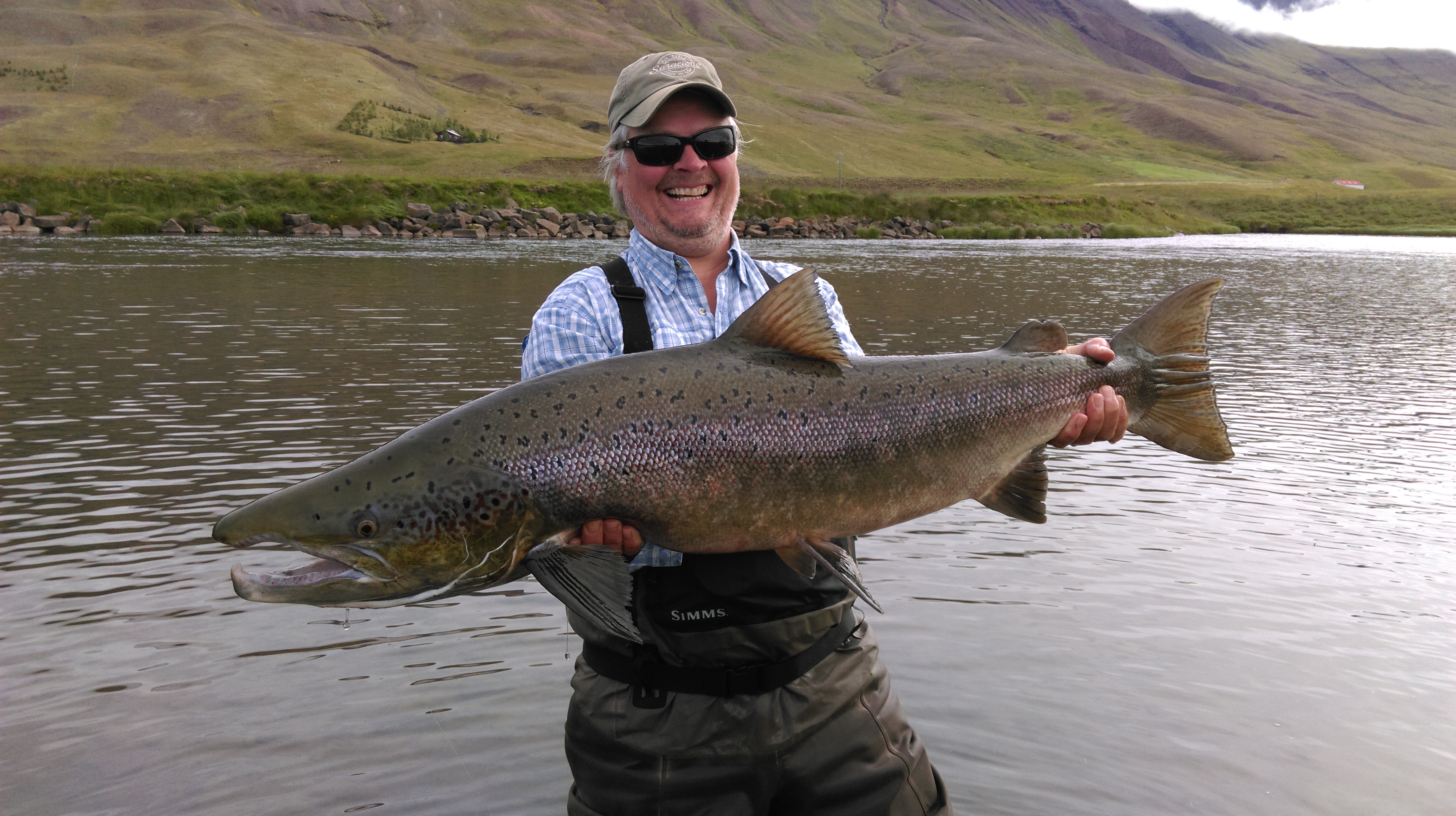 We manage to land 125 in last group in bad weather so a lot of fresh salmon is running up the river.  On top of that there was a 112 cm landed in the seapool this morning and the battle lasted for 45 minutes.  The angler who was fishing alone in the seapool manage to hook this monster on a sun ray tube.  After 25 minutes he realized that this was not a normal size salmon so he called the lodge for help but only after he saw the salmon jump.  After calling the lodge the guides who came to assist him did the ordinary and started to joke about the hook, line and the rod just to take the piss.  Only after seeing the salmon jump they stopped and realized that this was one of the big ones.  After the salmon was in the net the angler sat down and realized what just happened and when they looked around they realized that even the birds stop singing while the battle lasted.
112cm and 55cm in girth so everyone is happy and the angler is still smiling.
Tight lines