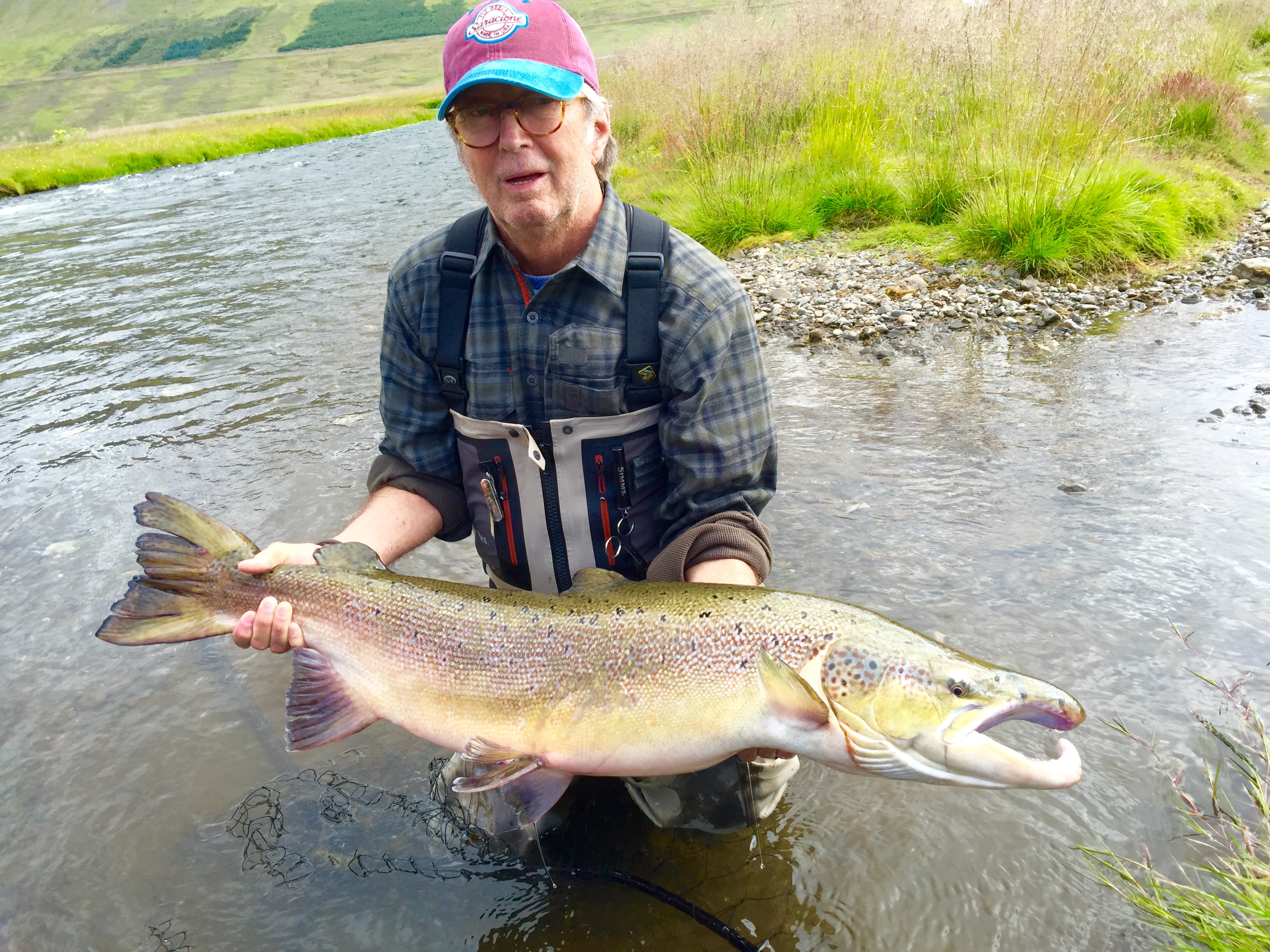 Today was a special day but we manage to land 11 salmon and two over 100 cm.

We had a great fight in the Seapool where one of our anglers landed a 104 cm hen fish after about 30 minutes fight but the fish took micro cone with hook nr. 14.

In Linepool another angler experienced another adventure but he was casting a fly called Night Hawk size 14 and let it skate across the pool.  No questions asked but in his first casts there was a nice salmon that showed the fly an interest and rolled over it with a splash without hooking himself.  The angler counted up to 20 and cast again and this time it manage to hook himself and at that point everyone knew that this was no ordinary salmon.

To begin with the salmon was quite in the pool but after it found out that something strange was happening the fish started to run down the river.  Both the angler and the guide had to run fast down the river and it kept going for about 1 km after going through 4 pools.  Two and a half hour later they manage to land that fish and it was measured 108 cm which is the biggest salmon this year.