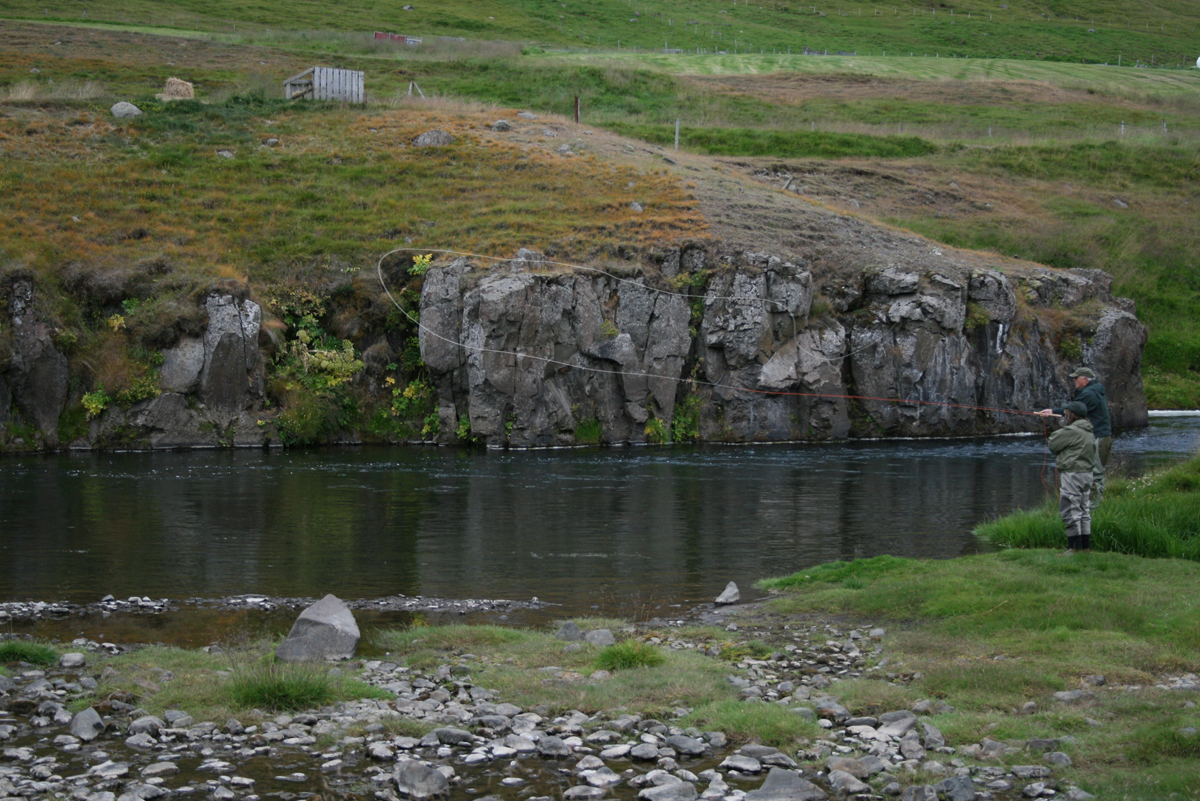 Hamarshylur is a long and beautiful fishing pool. You fish this pool from the west bank, from a cliff which is placed upstream by a curve and by another smaller cliff placed further down in the pool, maybe 50 – 60 m below. The salmon lies mostly by the bank, few meters above the cliff on the east side and all the way down to the end of the it. In the centre of the pool there is a deep area which was the best location, but even if this particular spot hasn’t given many salmon in last years, you should always try to fish it.

Here the river flows through a narrow run down into the pool. In 1988 this pool had become quite poor as it had almost filled up with gravel. But the river is bound to change back in one of the spring floods. Previously, the river was extremely deep near the bank approaching the pool.

Here it is best to begin fishing by casting far up the run where it is quite shallow. Then slowly move downward. Here fish will often take right next to the west bank, just as the fly has reached a complete standstill and is lying close to the bank. Earlier, this pool used to yield quite a lot of fish. Often a sinking line was necessary to get deep down into the pool despite the heavy current. It is possible to fish this pool further down than just where the flow enters it. There are often fish by the rocks on the east side, all the way to a field a little further down.

Some distance down from Hamarshylur there is quite a long pool which is not marked on the map. It is more or less midway between Hamarshylur and Stekkjarhylur. It has been called Stekkjarstrengur. It is easy to find because where the pool begins on the east bank, there is an old coal stove which now serves as a tiedown for a fence which ends there on the bank. It is advisable to begin in the current at the top where the river flows from the west, on to the east bank. The current, as a matter of fact, is on the east side of the pool. Here fish can be caught all the way from the stove and almost down to the grassy turf at the end of the gravel bank. If one goes further down below this pool there is a calm strip in which trout are often found if salmon don't show.